Members of the group are engaged in a wide range of current research projects.

Friend or foe; who wins in the competition for plant resources?

In nature, plants interact with a variety of above- and below-ground organisms, usually at the same time. Despite being subjected to these multiple, concurrent biotic associations, researchers have historically focused on the interactions between individual symbionts and their plant hosts. While such approaches have significantly advanced our understanding of how plants interact with their symbionts, in order to resolve long-standing questions regarding the wider ecological significance of plant-symbiont interactions it is necessary to go beyond this approach. Plant symbionts can be mutualistic or pathogenic. They occupy and compete for the same spaces and resources, despite imparting very different host fitness outcomes.

In this Leverhulme Trust-funded project we are collaborating with Prof. Katie Field at Leeds and Dr Saoirse Tracy at University College, Dublin, to characterise the common situation of a plant playing host to simultaneous parasitic and mutualistic symbionts. We want to determine who wins in the competition for plant resources. As our model system we are using potato plants hosting both mutualistic mycorrhizal fungi and pathogenic potato cyst nematodes. We are using X-ray computed tomography (X-ray CT scanning) to determine how beneficial symbionts and pathogens compete for position in the plant, and to analyse their impact on root development and architecture in situ. We also want to know how order of arrival of each symbiont impacts this process. Finally we are using isotope tracing to determine the carbon “costs” and nutrient gains of the host supporting multiple symbionts in single and dual colonisations and to quantify the degree of plant resource allocation to each competing symbiont.

The research will resolve a significant gap in the understanding of how plants interact with both pathogenic and beneficial symbionts in natural soil systems, critical to the wider understanding of ecosystem evolution and function.

Parasitic nematodes impact animal welfare and food security by parasitising livestock and crops. The chemicals currently used to protect crops from plant parasitic nematodes are extremely toxic to users and the environment and are being withdrawn from use. The drugs used to treat animal parasitic worm infections are losing their efficacy because nematodes are becoming resistant to them. Clearly a new approach is needed that will deliver chemicals with low environmental impact and that can break resistance to currently available compounds by acting in a completely new way. Arguably, the most successful nematicidal compounds to date have been those that affect the neuromuscular system of the worm, with detrimental impacts on movement, feeding and egg laying.

Together with collaborators at the University of Southampton, we have identified a 5-HT (serotonin)-gated chloride channel MOD-1 as a new target for chemical control of nematodes. MOD-1 is a member of the Cys-loop family of ion channels i.e. the same family as receptors for the effective anthelmintic ivermectin. Although MOD-1 is present in nematodes it does not appear to be present in a large number of insect species. Thus, compounds that target MOD-1 may have the added advantage of being non-toxic to beneficial invertebrates including pollinating insects.

This project is using an approach that combines genetics, pharmacology and molecular modelling to find compounds that interact with MOD-1 in key representative species of plant and animal parasitic nematodes. For plant parasitic nematodes, we have shown that MOD-1 antagonists impair root invasion indicating that such compounds have potential in crop protection. Validated lead compounds will be screened for efficacy against a range of parasitic nematodes and tested for off target toxicity against a panel of organisms including beneficial insects.

Evolution of pathogen effectors to carry out novel functions in planta

Sedentary endoparasitic nematodes secrete proteins termed effectors into their plant host to induce and maintain a specialised feeding site that supports development of the nematode over several weeks. Surprisingly little is known about the majority of putative effectors and the precise detail of how nematodes evolve new effectors is not clear. We recently discovered in cyst and reniform nematodes, that a massive expansion of genes with similarity to glutathione synthetase (GS) enzymes gave rise to nematode effectors that catalyse a novel biosynthetic pathway. We have evidence that these GS-like effectors have gained a signal peptide for secretion into the host plant and lost the ability to synthesise glutathione but have retained catalytic activity.

This project is focussing on the economically important potato cyst nematode Globodera pallida, and the reniform nematode Rotylenchulus reniformis. Solving the crystal structures of nematode GS proteins, combined with targeted mutagenesis, is providing us with insights into the basis of their diversified biochemical activity. Our results demonstrate the re-purposing of an endogenous housekeeping gene to form a family of effectors with modified functions. The importance of the effectors in the plant-nematode interaction is being investigated using host-delivered RNA interference to target groups of genes and we are expressing a range of the genes in planta to analyse effects on both the host plant and nematode susceptibility. 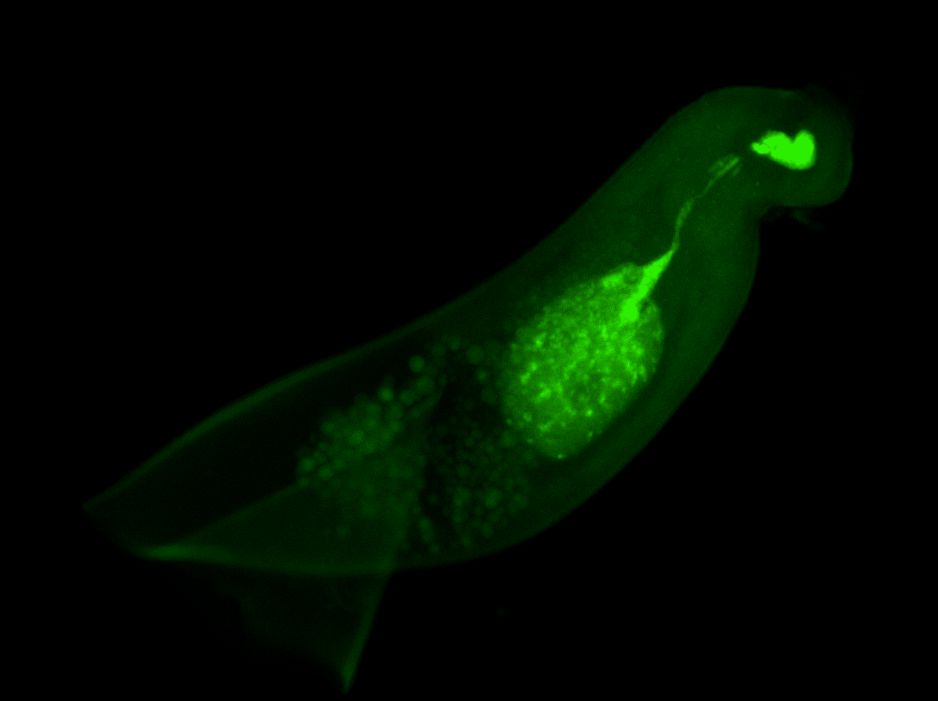 All parasites need to feed from their host in order to survive and they must adapt to maximise parasitic success on varied hosts. Plant-parasitic nematodes are important agricultural pests, however little is known about the molecular mechanisms underpinning host preference and differential host success. We found that certain nematode effector genes are induced in a host-specific manner when a plant-parasitic nematode detects host root exudates (Bell et al., 2019). The nematode is “primed” before it physically encounters the root with expression of genes important for parasitism tailored to the identity of the immediate host.

This PhD project is using RNAseq to explore the extent of “primed” gene expression in plant-parasitic nematodes and how this varies with plant identity. The role of differentially regulated genes in parasitism will be characterized using techniques including in situ hybridization, RNAi knockdown and manipulation of host plant root exudates. A metabolomics approach will determine components of root exudate responsible for priming. Mycorrhizal fungi may influence root exudate components that are important for nematode priming, so their effect on nematode gene expression and subsequent parasitic success will be established.

The project will provide insights into how plant exudates could be manipulated to reduce the burden of parasitic nematodes on crop production.

How does a plant pathogen hijack its host’s secretory pathway?

Sedentary endo-parasitic nematodes have complex interactions with their host plants as they use effector proteins to transform host root cells into unique structures from which they feed. A striking feature of the affected root cells is dense cytoplasm enriched in organelles, formed at the expense of the large vacuole. Very little is known about the early molecular interactions leading to the loss of the central vacuole and increases in the endomembrane system. In this PhD project we are aiming to understand how nematodes successfully reprogramme plant cell membrane trafficking.

The first step is to characterise the early changes to secretory pathway organelles that occur in the nematode feeding cells. We have produced double-fluorescent reporter lines of Arabidopsis in which different secretory pathway organelles can be monitored during nematode infection. This is allowing visualisation of the host-nematode interaction using confocal microscopy. Protoplast-based assays are then going to be used to investigate the role of specific nematode effector proteins in influencing host secretion, ER retention and vacuolar transport. We are also interested in investigating the potentially novel secretory pathways by which nematode effectors injected into the host cytoplasm are subsequently translocated out of the cell. 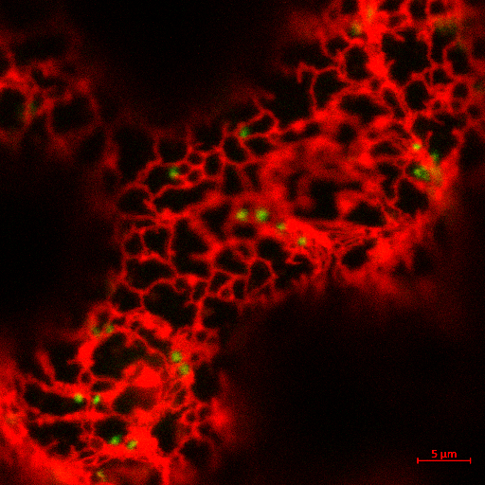 There is increasing evidence that the response of plants to simultaneous environmental stresses is distinct from that to individual stresses, and not merely additive. Rather than produce a stock response to each pathogen or abiotic stress, plants respond more precisely to the environmental conditions encountered and instigate a new programme of gene expression accordingly. The interactive effect of simultaneous abiotic and biotic stress is not well studied although it occurs commonly in the field. Study of soil-borne pathogens in combination with abiotic stress is particularly lacking, perhaps due to the destructive sampling methods required. One such combination is drought stress and infection with plant-parasitic nematodes. Nematode parasitism disrupts plant water relations so intensifying drought stress and causing increased yield losses. We have previously investigated the effects of simultaneous cyst nematode and drought stress on the transcriptome of the model plant Arabidopsis (Atkinson et al., 2013). The work was subsequently translated to the crop plant rice, uncovering unique patterns of gene expression elicited by the dual stress.

In this PhD project the expression analysis is being extended to other nematode (root-knot, lesion) and plant (banana, coffee) species. We are also carrying out detailed functional characterisation of plant genes that differ significantly in response to dual stress compared to either drought or nematode infection alone.

Nematode parasitism has adverse effects on coffee plants and bean production. We have established a PCR-based molecular pipeline that identifies economically important Meloidogyne and Pratylenchus nematode species from soil samples. Application of those protocols has shown that diverse and numerous species-complexes exist within coffee plantations, associated both with coffee plants and intercrop species (Bell et al., 2018). Deployment of resistant/tolerant coffee varieties could reduce losses but the fundamental mechanisms underlying resistance and tolerance are poorly described. This PhD project fills that knowledge gap so informing future breeding efforts.

We are currently determining the level and robustness of nematode resistance/tolerance for a range of new coffee varieties. The project will also characterise the physiological, biochemical and molecular basis for tolerance to nematodes. The physiology of the most and least tolerant coffee varieties, both infected and uninfected, will be analysed to determine any clear phenotypic rationale to tolerance e.g. larger root system, more vigorous plants, differential transpiration rates.

The underlying molecular bases for resistance/tolerance will be explored using RNAseq to identify differential gene expression associated with the observed phenotypes. Targeted qPCR analysis of the most promising candidate genes in the full range of characterised coffee varieties will validate the link to tolerance/resistance and thus could provide molecular expression markers for breeding.

Biochemical analysis will focus on phenolic compounds such as chlorogenic and caffeic acid, that may be associated with nematode resistance in other host plants and activities of related enzymes e.g. peroxidase, polyphenoloxidase will also be assessed. 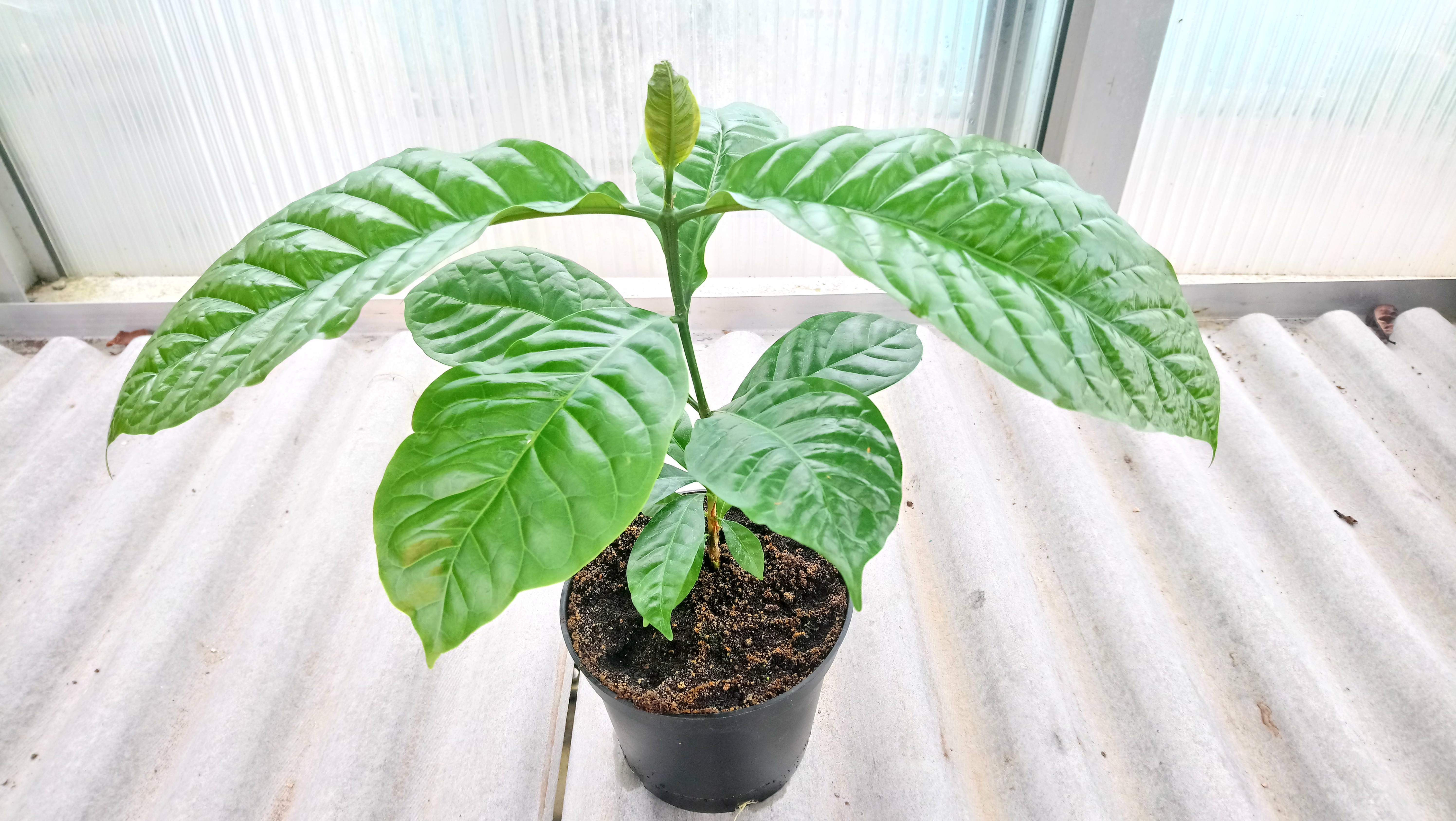